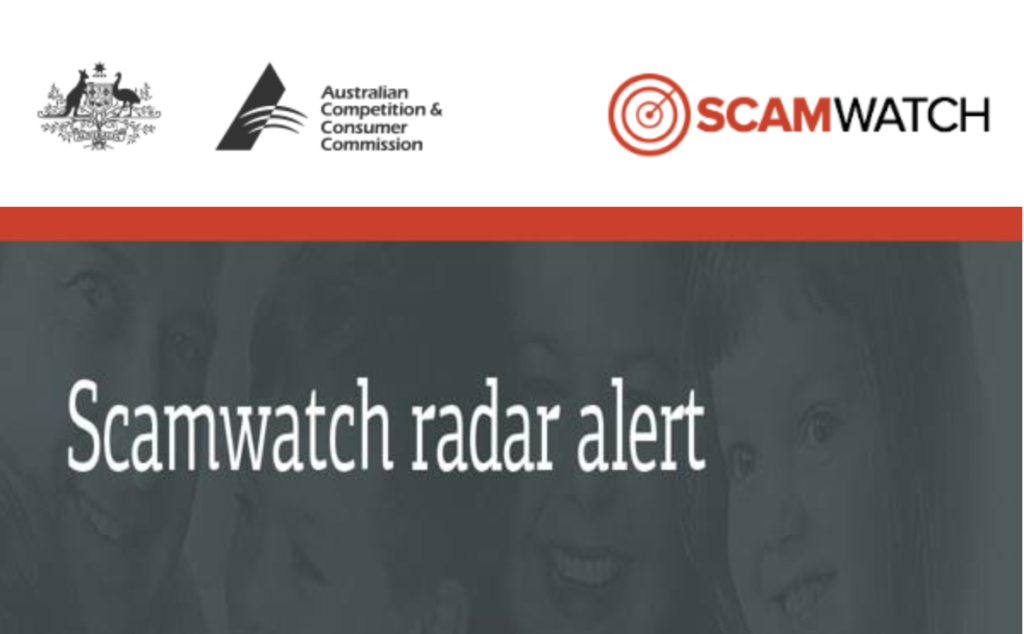 The ACCC is warning consumers to beware of scammers impersonating energy and telecommunications providers and demanding payments.

Scamwatch has received 5000 reports of fake billing scams in the last 12 months, with reported losses of close to $8000.

“They send bulk emails or letters which include a logo and design features closely copied from the genuine provider. The bill states the account is overdue and if not paid immediately the customer will incur late charges or be disconnected.”

“Alternatively, the bill may claim that the customer has overpaid and is owed a refund or it may simply say the bill is due and ready to pay,” Ms Rickard said.

New South Wales residents reported the highest number of incidents of the fake billing scam, with 1779 households reporting being victims, compared to 1275 in Queensland and 1245 in Victoria, 485 in Western Australia, 462 in South Australia, 132 in the ACT, 117 in Tasmania and 38 in the Northern Territory.

“Older Australians should particularly be wary of emails pretending to be from utility companies, with people over 65 reporting the most fake utility billing scam incidents,” Ms Rickard said.

“I advise consumers to contact their communications or energy provider directly via the company’s official channels to verify that the email or letter is actually from them.”

“Customers should never use the contact details provided on the suspicious email or letter but instead use an independent source to locate contact details such as a past bill or the phone book.”

In one case reported to the ACCC, a customer received a fake Telstra bill in the mail. The bill stated the customer’s account was overdue and immediate payment was needed. The customer dialled the phone number provided and was asked for his date of birth and driver’s licence number to confirm his identity.

“If customers are duped into phoning scammers they will then attempt to steal as much personal information as they can,” Ms Rickard said.

Other tips on how consumers can protect themselves: